On March 16, 2022, the Antelope Valley Transit Authority Board of Directors, along with the California Air Resources Board (CARB), hosted a celebration recognizing AVTA becoming the first all-electric transit agency in North America. Antelope Valley Transit Authority received their 20th electric MCI coach for their commuter routes. The addition of these buses to AVTA’s fleet of BYD zero-emission buses, enables the agency to place into service a 100% zero-emission transit fleet.

AVTA’s journey to electrification did not happen overnight. It arrived through many steps taken by the staff of AVTA as they fulfilled the vision laid out by their Board of Directors.

“Long before we saw an electric bus rolling down the streets of the Antelope Valley, the AVTA Board envisioned a future with a greener and technologically superior transit system serving the citizens of Lancaster, Palmdale, and the rural northern Los Angeles County communities,” said AVTA Chairman of the Board Marvin Crist. “The Board cast a vision and the AVTA staff, working together with BYD and many other electric vehicle and system providers, brought that vision to life.” 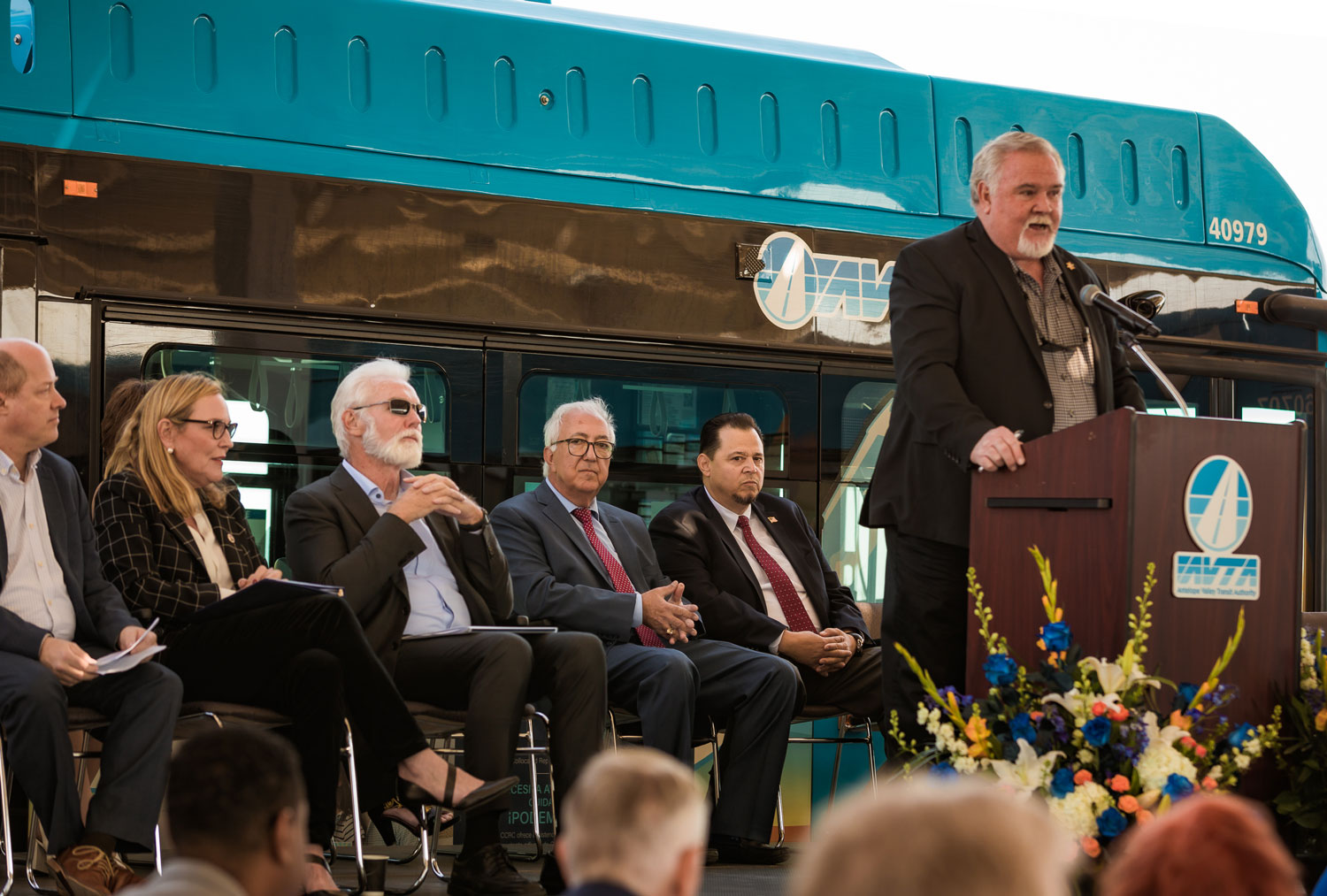 “The Antelope Valley Transit Authority, together with the cities of Lancaster and Palmdale and Los Angeles County, has shown California and the world how local growth can coexist with clean transportation, low-carbon energy, and new local job opportunities,” said CARB Chair Liane Randolph. “Their accomplishment underscores the fact that committed and visionary communities are key to our clean air and climate solutions as well as a strong California economy.” 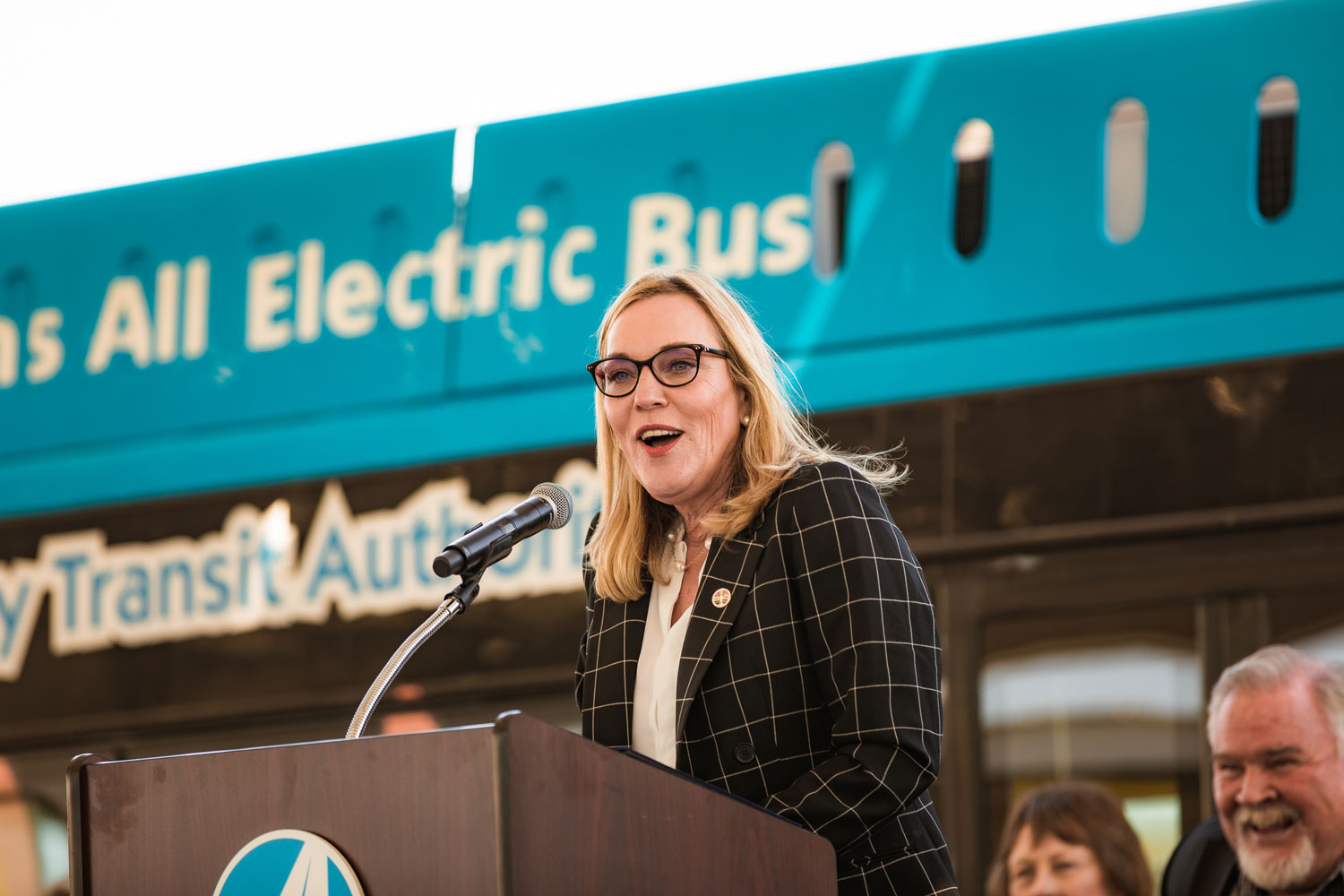 Los Angeles County Supervisor Kathryn Barger joined the AVTA Board of Directors at the event to personally congratulate AVTA for their hard work and diligence.

“Today is a proud moment for the Antelope Valley community,” said Los Angeles County Supervisor Kathryn Barger. “The fact that the nation’s first fully electric transit agency is anchored here sends a clear message: the pioneering spirit continues to thrive in the AV. It’s an honor to have been part of this effort. I‘ve worked alongside local Antelope Valley leaders to fund the initial pilot project that led to today’s milestone event. The reality of today’s over the top gas prices is a stark reminder that we must continue investing in eco-friendly mass transit. It’s no longer become a choice – it’s more of a necessity.”

Portions of this fleet were purchased with the help of state funding, including $28.5 million from the Transit and Intercity Rail Capital Program (TIRCP) administered by Caltrans and the California State Transportation Agency. The funds were provided by California Climate Initiatives a statewide program that puts billions of Cap-and-Trade dollars to work reducing greenhouse gas emissions, strengthening the economy, and improving public health and the environment – particularly in disadvantaged communities. 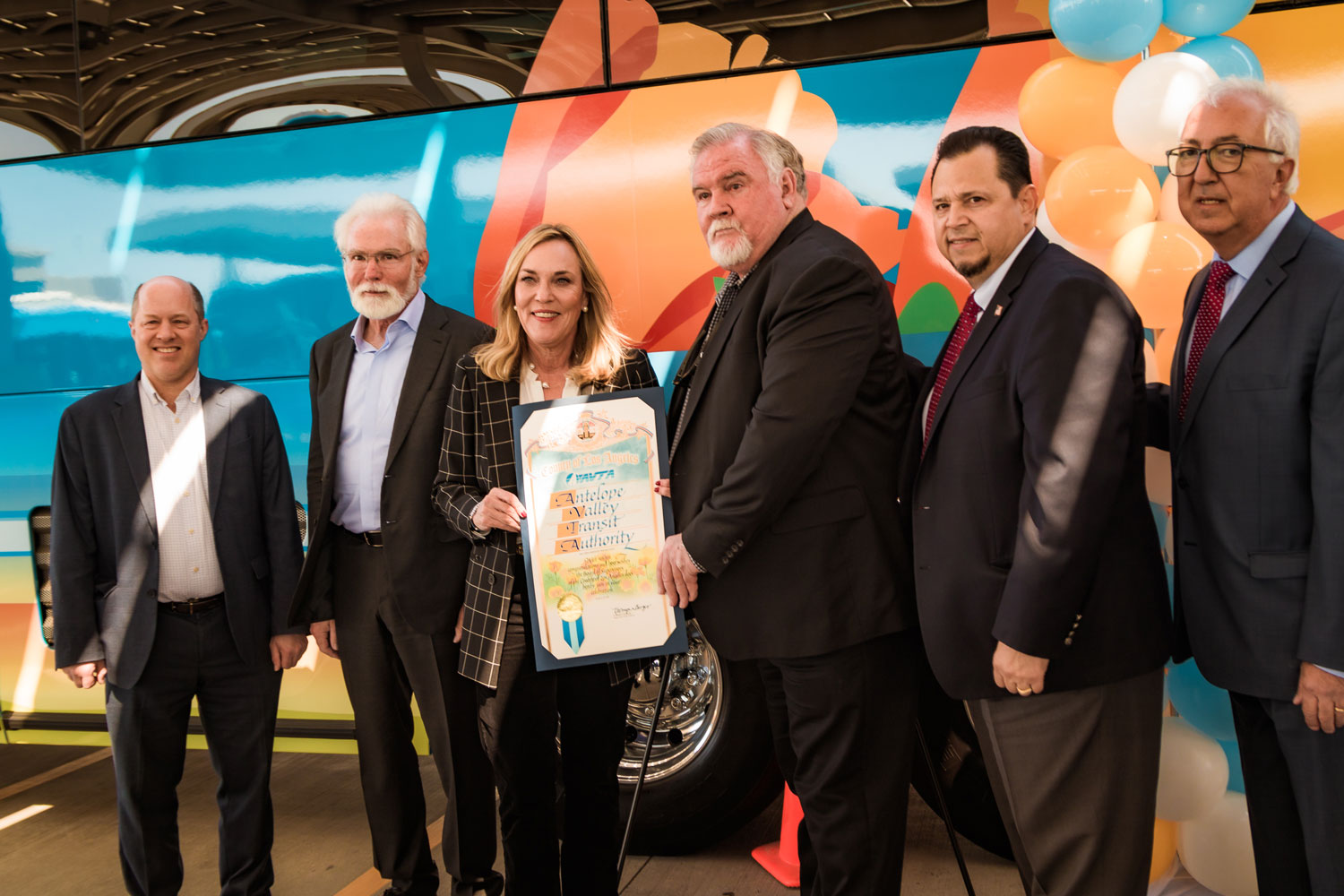