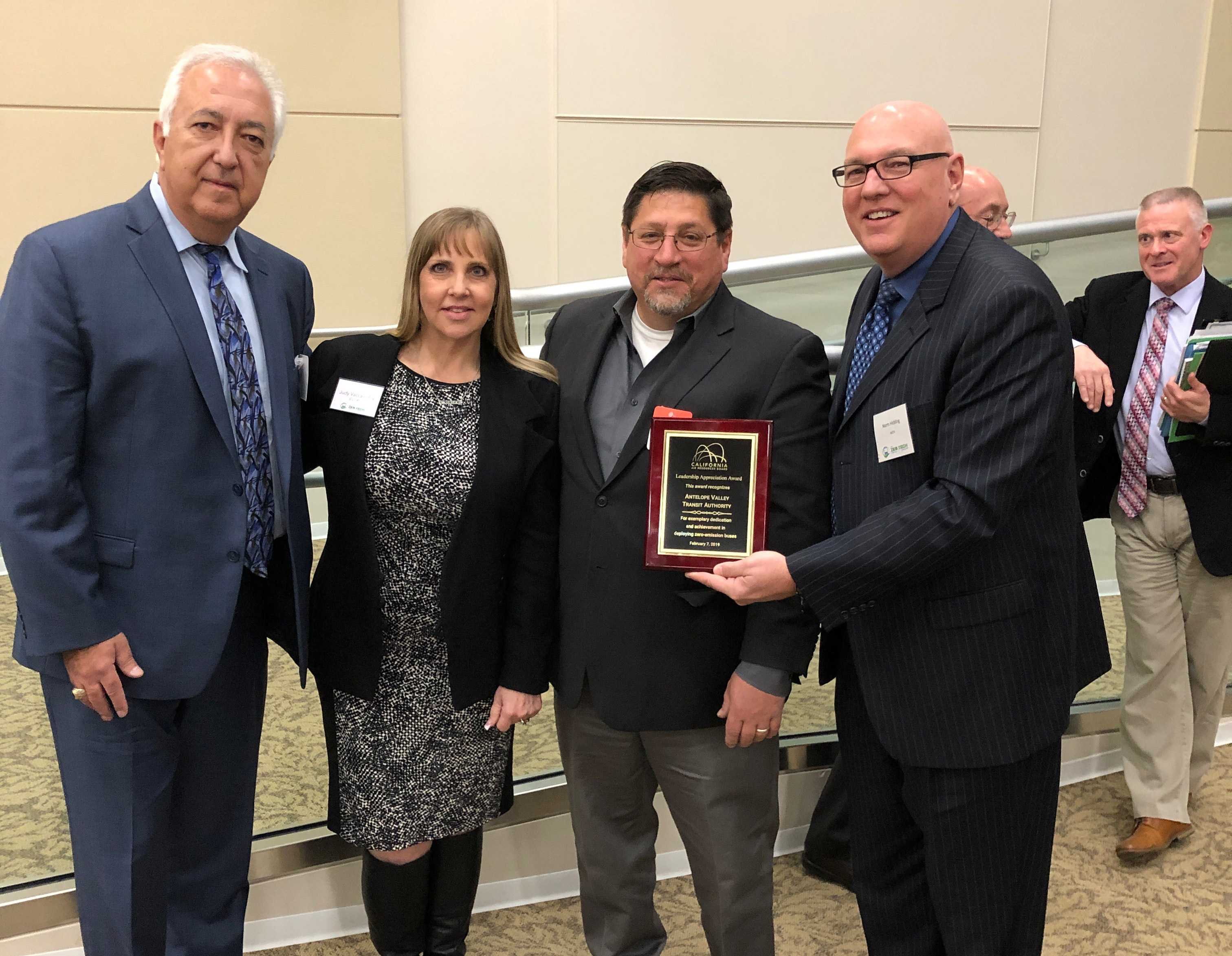 “As we near the completion of our goal to be the first 100% emission-free transit agency in the nation, I am extremely proud to say that it is the Antelope Valley community that is leading the entire nation in this worthwhile goal,” said Marvin Crist, Lancaster Vice Mayor and AVTA Chairman. “On behalf of the AVTA Board of Directors and the staff of AVTA, I am honored to receive this award that recognizes the hard work that has gone into this process”.

The Showcase and Symposium featured over 40 speakers from across the nation and around the world, including the heads of the California Air Resources Board and the California Transit Association, as well as leaders from the City of Shenzhen in China, which has been a global leader in the electrification of buses.

AVTA’s Executive Director Macy Neshati accepted the award on behalf of AVTA. “There is so much that can be learned from the experience in the Antelope Valley, and we are proud to be part of a movement that will ultimately lead to the 100% adoption across the nation of zero-emission buses,” said Neshati. “That is a real victory for clean air, and for future generations.”