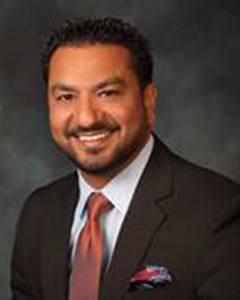 Raj Malhi has been a resident of the Antelope Valley for decades. He was born in the Punjab state, in India. His parents moved their family to America when he was 15 years old, in order to seek their American Dream in the Antelope Valley. Raj grew up learning the family businesses, developing a strong work ethic, and a powerful respect for the opportunity our nation provides.

With his vast experience and knowledge in the hospitality business, Raj owns and operates several family businesses. including a restaurant and motel in Palmdale, as well as a restaurant in Lancaster. Raj’s first experience in city government began in 2007, when he was appointed to the Lancaster General Plan Citizens Advisory Committee. In recognition of his work on that committee and throughout the community, Mayor R. Rex Parris appointed Raj to the Planning Commission in 2008. As a Planning Commissioner, Raj's business experience helped in job creation and economic development efforts. He was appointed to City Council in 2015. Having a deep sense of community, Raj volunteers with several youth-oriented non-profits, including serving on the boards of the Antelope Valley Fair Association, Friends of the Fair, and Kids’ Charities of the Antelope Valley. Raj is also a Director of the Indian Cultural Association. In addition to his other passions, Raj has made public safety a top priority. As a member of the Antelope Valley Sheriff’s Boosters, Raj helps raise money to provide bullet-proof vests and other safety equipment for our local sheriff’s deputies. In addition, he recently spearheaded the launch of the Ready Lancaster emergency preparedness program, which helps citizens prepare themselves and their families for disasters.

Raj Malhi attended Palmdale High School and graduated from Quartz Hill High School in 1993, before attending Antelope Valley College. He earned his bachelor's degree in 1999 from the University of California, Irvine.
He lives in Lancaster with his wife, Jagroop, and their three children.