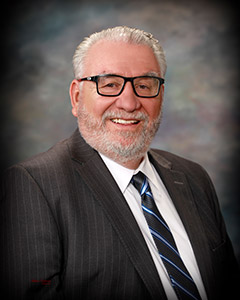 Loa practices criminal, civil and family law locally, having earned a Juris Doctor Law Degree from UCLA in 1976. He began working as an attorney in 1977 and engaged in private practice for about 10 years prior to joining the County of Los Angeles in Lancaster, where he worked from 1989 to 2004.

Loa headed to Sacramento in 2005, where he served as Governor Schwarzenegger’s appointee to the Board of Prison Terms. He was then appointed by the Governor to serve as assistant director to the Housing and Community Development Department. While in Sacramento, Loa also served as staff counsel for the Department of Consumer Affairs and as counsel for the Barbering and Cosmetology Board and the Fiduciaries Bureau.

Loa returned home to Palmdale in 2010, where he founded a local law firm that same year. He has also held a California real estate broker’s license since 1974 and has used it to help many families realize the dream of home-ownership in our local community.

Loa has a passion for community service. He is a founding officer of the Antelope Valley Hispanic Chamber of Commerce, where he currently serves as director. He is also the current vice president of the Palmdale Sheriff’s Boosters, member of the Knights of Columbus for St. Mary’s Church, director of Amigos De La Feria and member of the Friends of the Fair. He is also the parliamentarian for NAHREP, a real estate professional organization.

Amidst all of his titles and accomplishments, his most cherished are that of husband and father. He and Vera, his wife of 43 years, have been blessed with four children and six grandchildren.